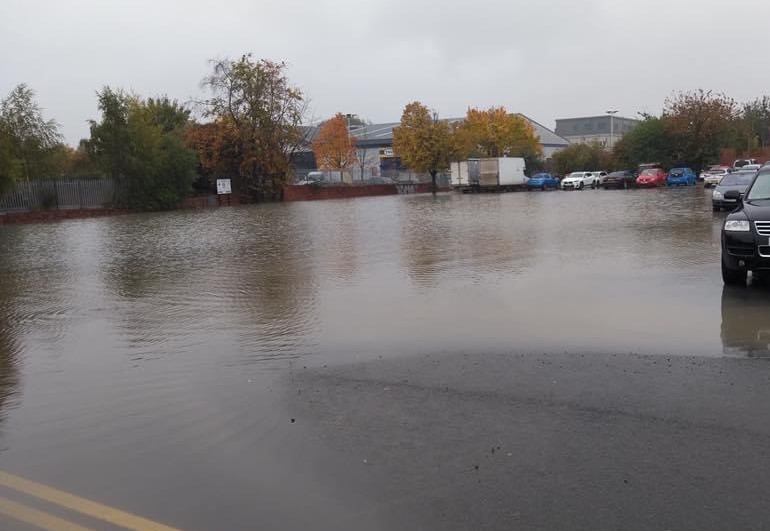 Herefordshire Council has accepted £2 million of funding from the Ministry of Housing, Communities and Local Government for the Merton Meadow project, but plans to spend it on preventing flooding, before any housing can be built.

The decision taken by Herefordshire Council is detailed below:

“Merton Meadow and the surrounding land, has been affected by
significant flooding for a number of years. No residential, or other
development can currently take place across any of this area due to flood
risk from the Yazor Brook which runs through the site.

“The funding of £2m will be used towards a flood alleviation scheme to
reduce flood risk to the area by restoring parts of the natural floodplain
and creating wetlands. Surface water drainage will be improved by using
Sustainable Drainage Systems (SuDS) to prevent the flooding and assist in
enhancing amenity and biodiversity on the site.

“A hydro modelling report has been commissioned to firm up costs for the work. The project will unlock 270 new homes (210 for BLRF calculations):

“It will also represent a substantial opportunity for development and could
contribute enormously to the transformation and regeneration of this
area of the city centre.

“Without this funding to undertake flood alleviation works the land cannot
be used for residential development.”

Thousands of new homes will be built on underused and derelict land to regenerate local areas and help people onto the property ladder, the Department for Levelling Up, Housing and Communities (DLUHC) announced today (12 October 2021).

Almost £58 million from the £75 million Brownfield Land Release Fund (BLRF) has been allocated to 53 councils.

The funding will boost local areas by transforming unloved and disused sites into vibrant communities for people to live and work, with the demolition of unsightly derelict buildings and disused car parks and garages. This will help to protect countryside and green spaces while an extra 5,600 homes are built on these sites, supporting young people and families across the country into home ownership.

The funding could also support up to 17,000 jobs across the housing and construction sector and the wider economy.

Secretary of State for Levelling Up, Michael Gove MP said:

We are levelling up and backing home ownership in every corner of the country, delivering new high-quality, affordable homes and creating thriving places where people want to live, work and visit.

Making the most of previously developed land is a government priority and it will help protect our cherished countryside and green spaces.

Today’s allocations include £5 million for self and custom build projects. A further £20 million from the BLRF has also been designated to help accelerate the self and custom build sector, with councils now able to bid for the remaining funding – giving local people the opportunity to build and design their own homes.

This support being provided to local authorities is another clear demonstration of this government’s commitment to levelling up the country.

The latest projects to benefit from this support, through Brownfield Land Release funding, will not only help unlock under-used public sector sites for homes but also help deliver jobs and save taxpayers’ money.

One Public Estate and Brownfield Land Release funding play a crucial role in supporting the recovery from the COVID-19 crisis, and supporting councils to transform their assets, create better services, and release land for much-needed new homes and regeneration across the country.

This latest news is more proof that this programme works. Councils recognise how valuable this support is, and are being ever more ambitious in their ideas to use this funding to kick-start transformation, regeneration, and new development in their communities.

Boosting housing supply is central to the levelling up agenda. Last year 244,000 homes were delivered – the highest number of new homes for over 30 years. The government aims to build up to 300,000 new homes a year by the mid-2020s to put home ownership within reach for more people across the country, making it a more mainstream, realistic and affordable option for people across the country.

The £150 million backed Help to Build scheme was announced in April. It will allow access to low deposit mortgages and improve affordability of home ownership for people who want to build their own homes in a similar way to the Help to Buy scheme.

In addition, the review by Richard Bacon MP, which recommended a major scaling up of the self and custom build sector, has been warmly welcomed by the government with a response to the findings to be published in due course.

£57.8 million from the £75 million Brownfield Land Release Fund (BLRF) is being allocated, of which £25 million was made available to self and custom build projects.

Find out more about the latest round of One Public Estate and self and custom build funding.

The BLRF is delivered by the One Public Estate programme which is a collaboration between DLUHC, the Local Government Association and the Cabinet Office.

A further £6 million is available to local councils in England through the One Public Estate programme, which aims to help local public services collaborate, redesign how services are located, and release land for housing.