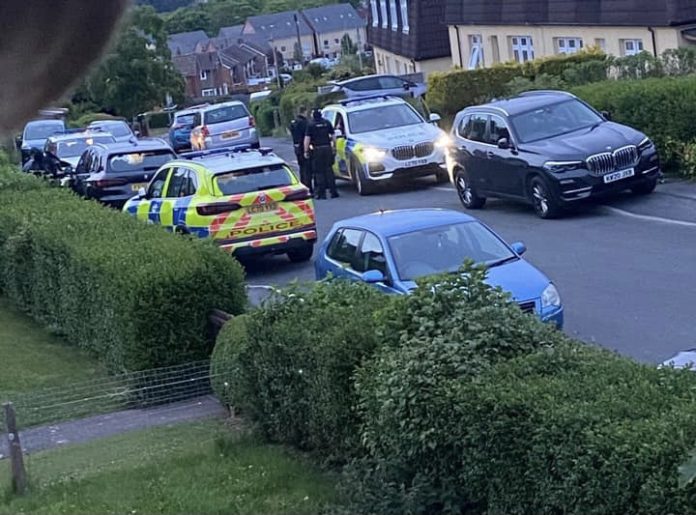 Armed police have responded to a serious firearms related incident in Hereford this evening. A 30-year-old man has been arrested but a large police presence remains in the area with searches ongoing at a property in the Newton Farm area.

Police were called this evening (Thursday 12 May) at around 7.30pm to a park in Hereford following reports of a man with a firearm.

Officers attended the scene in the Newton Farm area where a 30-year-old man was arrested on suspicion of possession of a firearm with intent. He remains in police custody as investigations continue.

No one was injured and this is believed to have been an isolated incident.

People may see an increased police presence in the area tomorrow as Safer Neighbourhood Teams offer reassurance to the community.

Anyone who was in the area at the time of the incident or may have CCTV, or dash-cam footage is asked to contact West Mercia Police quoting incident 553i of 12 May, 2022 by visiting our website https://www.westmercia.police.uk/tua/tell-us-about/.

Alternatively, if you have information but don’t feel comfortable speaking to police, you can speak to the independent charity Crimestoppers. It is 100% anonymous, they never ask your name and they cannot trace your call or IP address. You can contact them at https://crimestoppers-uk.org/ or 0800 555 111.