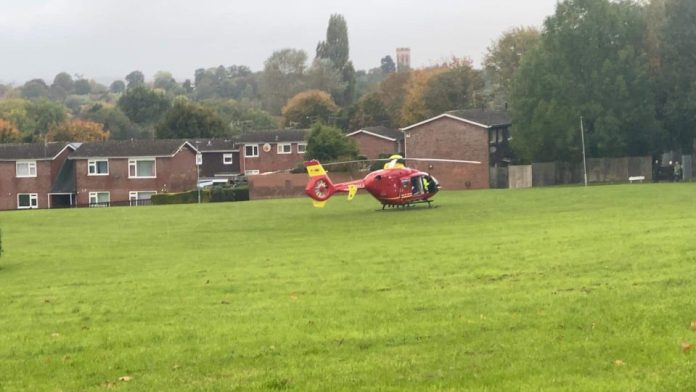 A man has died at a property in Hereford this afternoon, despite the best efforts of paramedics.

“We were called at 13.08pm to reports of a medical emergency at an address on Goodrich Grove, Hereford. Two ambulances, a paramedic officer, a BASICS emergency doctor and the Midlands Air Ambulance from Strensham attended the scene. On arrival, we found one patient, a man, in a critical condition.

“Ambulance staff immediately began administering advanced life support but unfortunately, despite their best efforts, nothing more could be done to save him and he was confirmed deceased at the scene.”