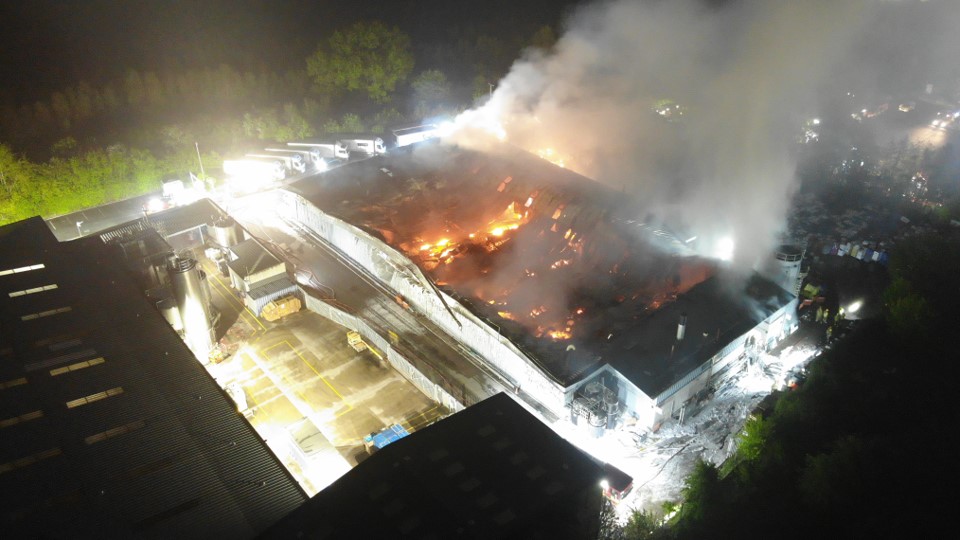 Investigations are continuing to determine the cause of a huge fire at a factory in Ross-on-Wye.

Crews spent hours tackling the fire, which has completely destroyed many parts of the building. Ash and debris from the fire has been spotted in many areas of Ross-on-Wye. Residents near the fire were told to keep windows and doors closed but this precaution has now been lifted.

Hereford & Worcester Fire and Rescue Service remain at the scene and are continuing to investigate the cause of the fire.