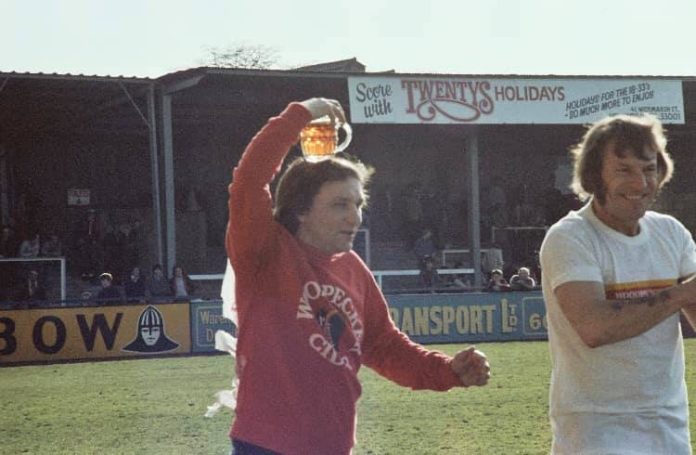 A road in Hereford will be named after local singing legend “Danny Lee”.

Dave Boucher was the real name of the popular singer who is best known for writing and singing the well known song “Hereford United we all love you”. The tune was originally written in 1972 during the famous FA Cup run. The song can be heard on the footage below, which features supporters heading to London when Hereford United faced West Ham in the FA Cup 4th round replay.

Danny’s son Andy Boucher told Your Herefordshire, “It’s out on the Tillington Road towards Burghill. Just past the Three Elms pub where the new builds are close to being completed. I actually biked past there to work last week but unaware that the street was there let alone it being named after my dad! I found out on Facebook. I entered a competition run by Connexus to name a new road in Hereford and I thought of Dad straightaway as he tried relentlessly to get a street named after him after what he had achieved for himself and for the city. I remembering him saying if Bob Geldof (as in Geldof Grove) can do it, why can’t I”

Lee raised thousands of pounds for charities across Herefordshire. Andy adds, “He did a walk from Worcester to Hereford and also from London to Brighton amongst others”

Andy continues, “Connexus got in touch with me and said that I was successful provided it was agreed with Herefordshire Council which thankfully it was. Now after nearly 15 years of his passing, and just shy of his 75th birthday, Dad has got the recognition that he thoroughly deserves.”

With the 50 year anniversary of Hereford beating Newcastle happening on the 5th February, the family are delighted with this news. “We’re all very proud of this for Dad and if he was alive now, we would never hear the end of it”, Andy says with a smile on his face.