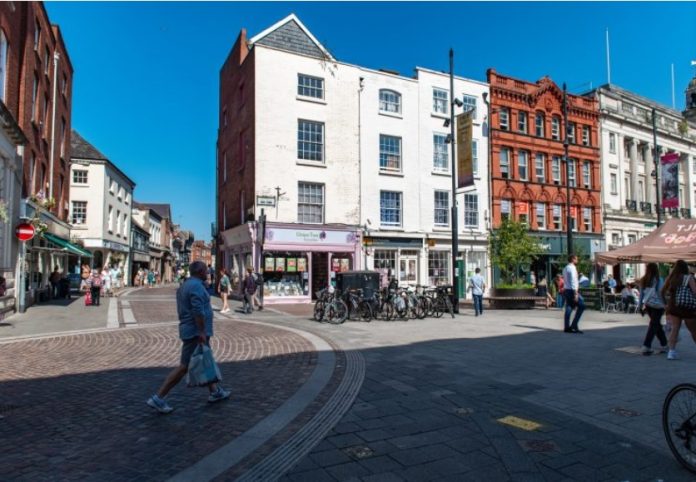 Time for Change campaign calls on every person in Herefordshire to play their part in ending violence against women and girls.

A number of partner organisations across Herefordshire have today formally launched a new campaign to encourage everyone in the county to play their part in ending male violence against women and girls.

The campaign, Time for Change, will encourage people to help put a stop to unacceptable male behaviours and deep-rooted misogyny.

A video, produced by Rural Media, will be the cornerstone of the campaign and shared across the region and used in training sessions. It reflects the feedback of both men and women across Herefordshire about the positive and negative interactions they had experienced, and how said experiences can shape their own perceptions and behaviours.

Speaking for West Mercia Police, Detective Chief Inspector Emma Whitworth said: “We’re pleased that agencies across the county have come together to share this hugely important message. By standing against all forms of abuse, and holding perpetrators accountable, we can create a society where women and girls are equal, respected and safe.

“As a police service we are focused on preventing and responding to domestic abuse, serious sexual offences, stalking and harassment with the aim of bringing offenders to justice and supporting victims.”

The push follows on the heels of the Home Office’s ‘Enough’ campaign, that urged men to be ‘upstanders’ and call out inappropriate male behaviours towards women. The Herefordshire-based work echoes this call, but also calls for all people to consider their day-to-day actions and behaviours with their friends, families and colleagues and think about how they might play a part in ending misogyny and violence against women and girls.

West Mercia PCC John Campion said: “I personally have never experienced the impact of violence against women and girls, I have never walked in their shoes, feared walking alone, or made changes to my behaviour to make myself feel safer. However, I understand the privilege I have as a man to not experience this and it doesn’t stop me wanting to play my part.

“Time for Change highlights the role we can all play in tackling this issue. I want to be part of encouraging a societal change, where women can feel empowered to be able to continue to live in a safe and secure community. I urge people to have no fear in calling out, or challenging, peers and others on their inappropriate comments and actions.”

The messages form part of the Herefordshire Community Safety Partnership’s Safer Streets activity, funded by the Home Office, which includes:

• An Education Intervention Programme, delivered by Purple Leaf and West Mercia Women’s Aid. This programme saw the team work with students in Years 6, 9 and 12 across the county, to discuss sexual harassment, appropriate behaviour, and available support.

• A training scheme for Night Time Economy staff on how to spot inappropriate behaviour and safely intervene.

• Support for local charity Vennture, who received funding for a van fitted with mobile CCTV. This van patrols (with trained volunteers in pairs) to help women and girls get home safely.

• Funding for 40 CCTV cameras in areas identified by women and girls identified in a survey as being places they felt nervous.

These locations will also see landscaping and lighting improvements where needed.

The campaign will continue throughout Spring and Summer, supplemented by digital billboards and a poster campaign across the county.

To find out more about the campaign, visit timeforchange.info