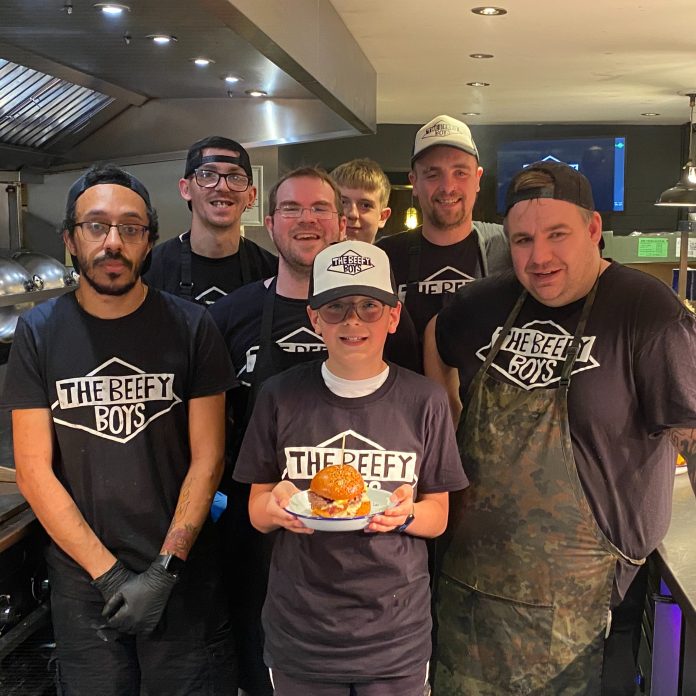 It goes without saying that The Beefy Boys team are extraordinary and extremely welcoming.

Well, as many of you will know, The Beefy Boys also have a restaurant in Shrewsbury and one young customer really wanted to be sat by the kitchen when he visited to see what the chefs get up to, but unfortunately due to some large bookings, the staff couldn’t get Freddie close enough to the kitchen. However, that wasn’t the end of it…..

The Beefy Boys then received a message from Freddie’s parent and then invited him back a few weeks later to have a go at building his own burger. It’s safe to say he smashed it!

“Nice story from Beefy Boys Shrewsbury. We had a parent contact us about their son Freddie. He is budding chef and had attended our Shrewsbury branch for his birthday.

“He really wanted to be sat by the kitchen to see what the chefs get up to but unfortunately due to some larger bookings we couldn’t get him near it. So we invited him back a few weeks later to come into the kitchen and have a go cooking and building his own burger!

“The guys said Freddie smashed it! Learning how to smash patties and make a burger from scratch! Well down mate we wish you all the best in your career in gastronomy!”