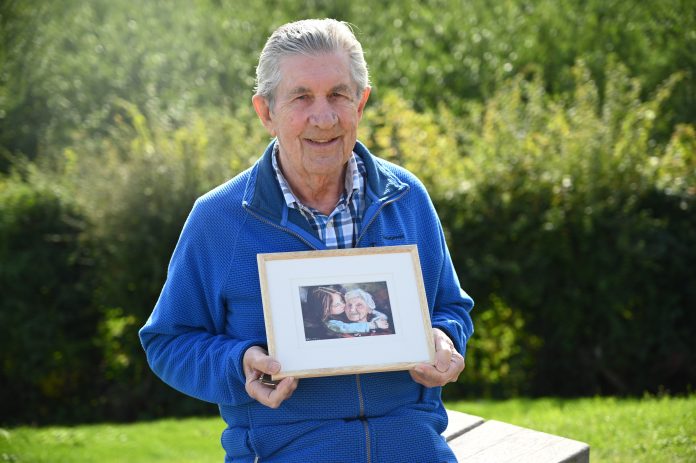 More than 250 miniature masterpieces are set to go under the hammer during an online auction for St Michael’s Hospice.

Postcards from Life has raised tens of thousands of pounds for St Michael’s since launching in 2015.

This year’s field is among the best yet, with organisers hoping for a bumper year of bids.

“Each year we’re taken aback by the quality of entries, and this year is no exception,” said event organiser, Gaynor Warren.

“Every bid goes some way to helping families in our community at a time they need it most.”

The selected artists are free to choose whatever subject matter they wish, as long as their work is postcard-sized.

Perhaps one of the most endearing entries this year is Michael Dent’s watercolour depicting a child hugging and kissing her grandmother.

“It was produced during lockdown and I think it just captured the essence of the time, and how important a simple hug can be,” said Michael.

The artist has submitted six pieces across a wide variety of themes, from Hereford Cathedral to elephants in the bush.

He has taken part in Postcards each year since it started and says his desire is driven by way of thanks to the Hospice staff who cared for his wife.

“Norah was cared for and died at St Michael’s about six years ago,” added Michael.

“After she died, I returned to the Hospice for a few events alongside others going through the same thing, and it was the most comforting way to deal with her passing.

“Since then, I’ve always wanted to take part in Postcards from Life as it’s my way of giving something back to St Michael’s because they do such a wonderful job there.”

The online auction is supported by Brightwells. It begins on Monday 18thOctober, with lots closing over two days on Tuesday 9 and Wednesday 10 November.

To view the lots, visit st-michaels-hospice.org.uk/event/postcards-from-life/

NEWS | Colleagues from Avara Foods to complete Three Peaks in...

MUSIC | 14-year-old Singer Songwriter Lake made his gig debut on...