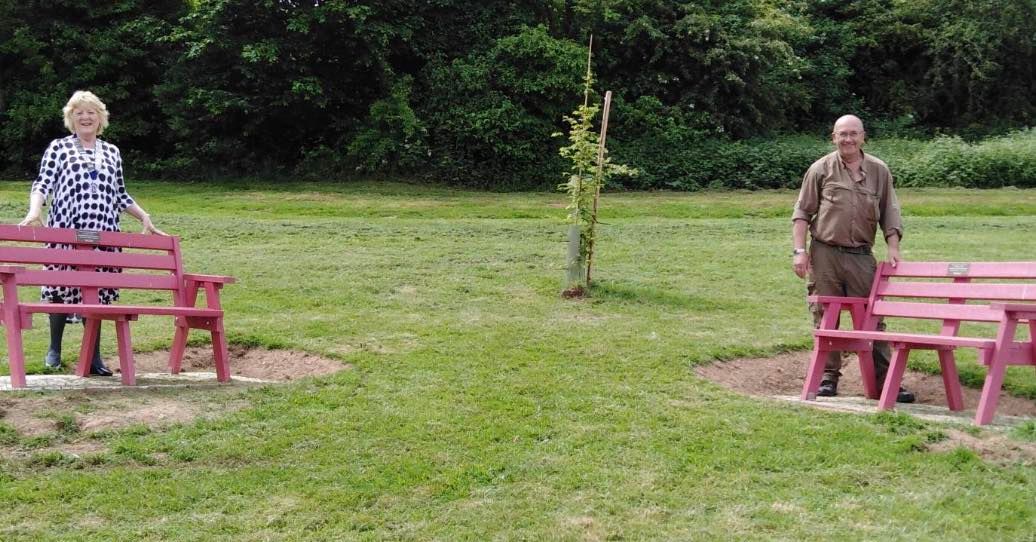 For Queen Elizabeth’s sixty years on the throne Hereford Lions Club planted 60 trees along Roman Road. To mark her 70th year the Lions Club has chosen to donate two seats surrounded by three trees to Aylestone Park, on the northern edge of the City with the superb support of the volunteer park team who installed the seats and trees.

The park is highly popular and the ‘royal’ seats give a stunning view of the River Lugg and its surrounding countryside.

Hereford Lions Club Press Officer, George Thomas said: “The plaques on the seats clearly explain her Majesty deserves the honour imposed on behalf of the people of Hereford. The Queen, together with the late Prince Philip has made several visits to the City since she was Crowned, the last for the Diamond Jubilee in 2020 which was the best ever.”