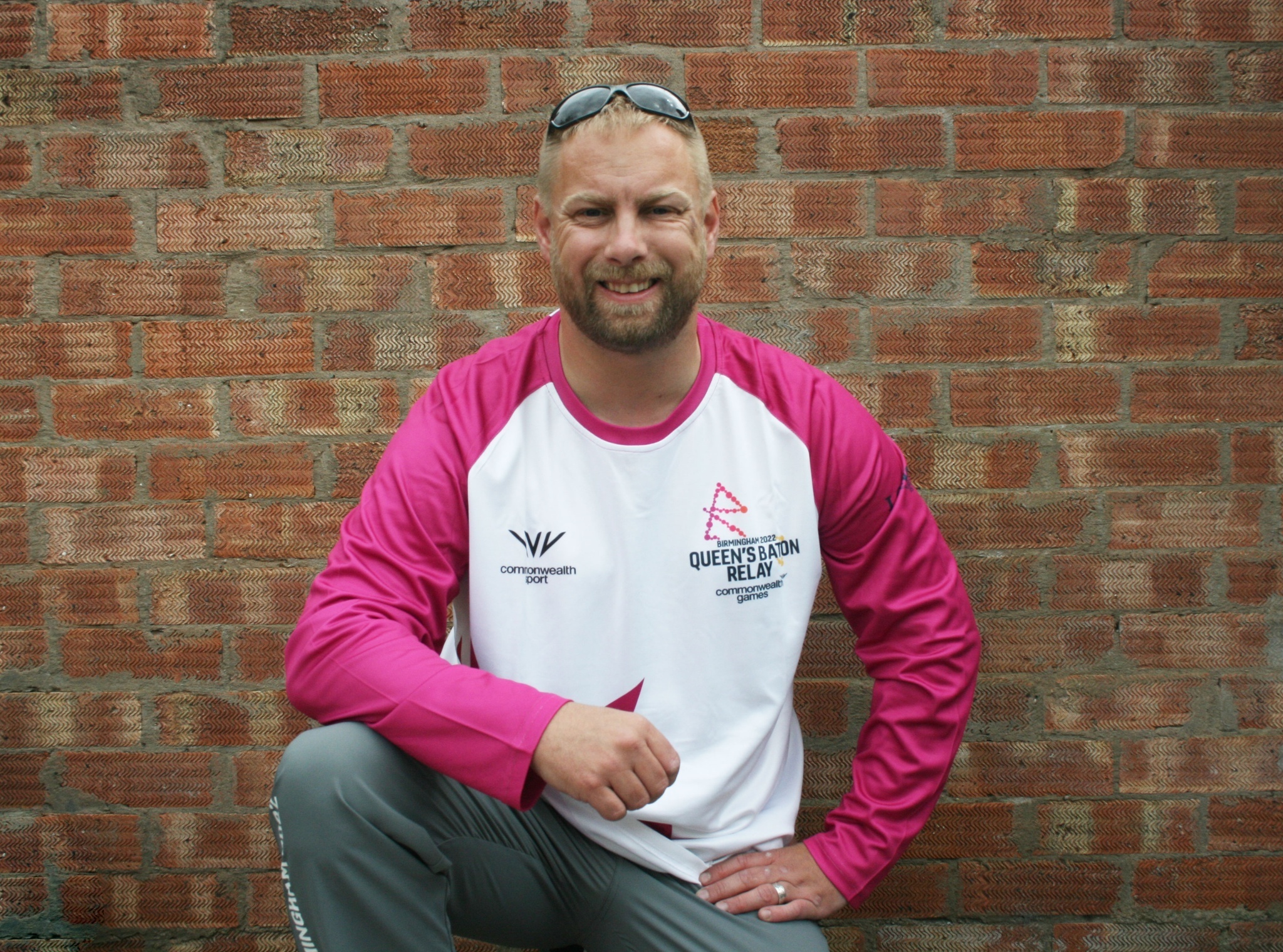 Ashley Winter, former Soldier with The Queen’s Royal Hussars who lives in Hereford, was nominated as a Batonbearer due to his herculean fundraising efforts and for working with multiple charities to raise awareness of sight and eye condition keratoconus.

In 2010 Ashley was diagnosed with keratoconus, a degenerative eye condition causing sensitivity to light, pain, visual distortion, migraines and headaches. However, this has not stopped his ambition to take on challenges to test his endurance and fundraise for charity.

Ashley has competed in triathlon, 24hr endurance mountain bike races, 100 mile road race sportive, half marathon, a coast to coast cycle, and has even won a Guinness World Record.

He even tried out for Ninja Warrior UK, learned how to ski and was invited to try out for the Armed Forces Para Snowsport Team, training and racing, and even winning a couple of awards along the way.

Ashley is a charity ambassador for Fight for Sight, the UK’s leading eye research charity and is often referred to as a Keratoconus Ambassador. He enjoys producing photography, blogs, vlogs, short films, and has recently published his own story (Keratoconus and me). Ashley also has a podcast where he chats to inspiring people in various communities.

Ashley’s most challenging moment was going to the Arctic Circle on a dog sled expedition with the backing of The Endeavour Fund. This saw Ashley living in tents at -35Degrees, a test of physical and mental strength but also testing his eye products and winning an award for his short film “Keratoconus to the extreme”.

Winters continues his ventures and training, and hopes to soon qualify for the Invictus Games, with a lifelong dream of conquering Everest!

The Birmingham 2022 Queen’s Baton relay will visit Herefordshire on Tuesday 5th July 2022 as it makes its way to Birmingham for the Commonwealth Games.

The Baton Relay began on 7 October at Buckingham Palace when Her Majesty The Queen placed her message to the Commonwealth into the Baton. This message will be read at the Opening Ceremony in Birmingham, following an epic journey across the Commonwealth visiting all 72 nations and territories, embracing unique cultures and sharing stories.

As part of The Baton’s journey through England, Herefordshire will welcome the Queen’s Baton Relay on Tuesday 5th July, starting and finishing at the iconic Hereford Cathedral after an hour long tour of the city.

Schedule for the day