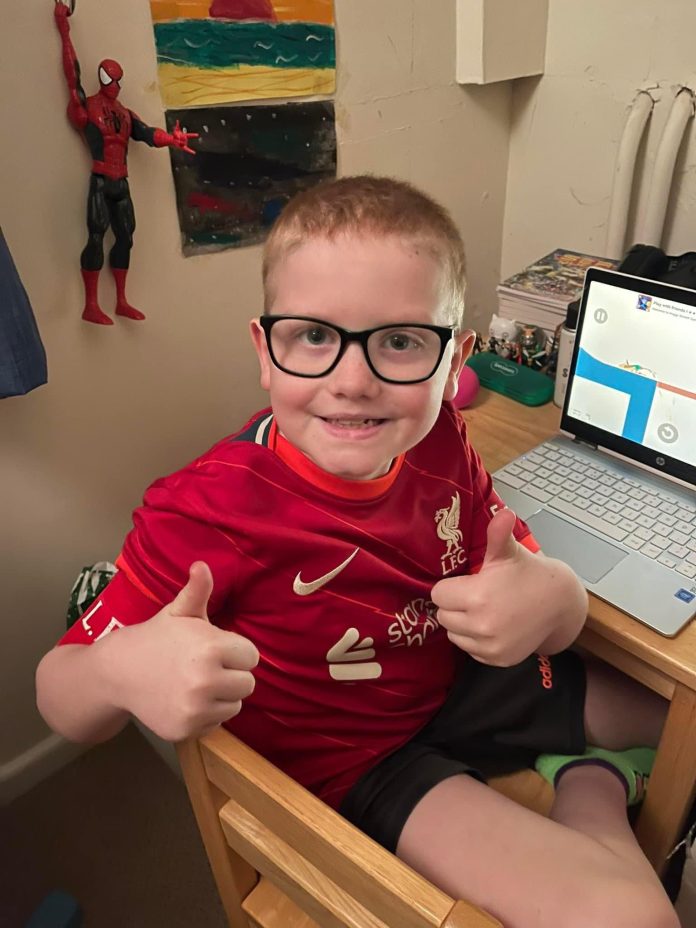 A Hereford dad is fundraising for a charity whichsupported his young son through cancer – just monthsafter losing his wife to the same disease.

Breaking the news to eight-year-old Freddie that he had leukaemia was one of the darkest days of Jamie Gittins’ life. His sons were still grieving the death of mum Emma who had lost her four-year battle with breast cancer at the age of 41.

Despite receiving the all-clear in August 2018 after several rounds of chemotherapy and radiotherapy, Emma, who worked in HR, passed away on 30th March 2021 surrounded by friends and family in Hereford Hospital.

Now the dad of two is in training to take part in the Cardiff Half Marathon next month in aid of Molly Ollys, a charity he was introduced to whilst Freddie was undergoing treatment at Birmingham Children’s Hospital.

The Warwickshire-based charity granted a special wish for Freddie and his older brother Noah, 11, to receive VIP tickets to see WWE live wrestling as well as offering support in the form of their Olly The Bravecuddly lion and illustrated books.

Over the years, Olly The Brave has helped support thousands of children, normalising the effects of chemo and comforting them when they were afraid. Olly has his own Hickman line and a detachable mane with different coloured manes to change Olly into.

Jamie, 40, said: “We took the decision early after Emma’s terminal diagnosis that we weren’t going to hide anything from the boys which is what we’ve done throughout.

“But telling them she had died was the toughest thing I’ve ever had to do. As soon as Em had had her terminal diagnosis, I played that conversation over in my head a million times. It absolutely broke their hearts. All the family were there because I said I didn’t think I could do it on my own. It’s not something you ever want to have to do.”

As well as cataloguing her cancer journey via a blog Boobs Behaving Badly, (https://www.facebook.com/boobsbehavingbadly) Emma spent the months leading up to her death, preparing special memory boxes for her sons.

“These are a massive help to them now,” said Jamie. “They include Build a Bear teddies with her voice recorded. They can squeeze the paw and listen to their mum. And keyrings with her thumb print on them so they can always hold her hand and some Brave Boys’ Club badges with motivational messages engraved on the back saying ‘you’re brave, you’re kind, you’re strong,’ “ said Jamie.

“Emma’s brother and I also pulled together some photos and the boys chose their own items such as a candle which had a scent which reminded them of their mum, as well as pieces of jewellery.”

Just three months after the funeral, which was restricted to 30 people by Covid regulations, more devastating news was to follow.

He said: “Freddie would come home from school and put the telly on and within five minutes he’d be asleep on the sofa. He had no energy and I just put it down to the fact that it was coming up to the end of the school year and everything that had happened with his mum. But then he started to get a yellow tinge on his skin and his eyes. I rang 111 and they told me to get him to hospital immediately.

“At that moment I was given the news about Freddie, in my head I thought, that’s it, he’s going to die. I went outside and spoke to family and friends and just said ‘I can’t do this. I haven’t got the strength.’ And I just sat all night watching him while he was sleeping.

“The oncologist told me that if you’re going to get leukaemia, the type Fred’s got, it is the best one to get. The success rate is over 90% for his age. It will be rough for a few months, but he will be OK. And at that point I was able to go, ‘OK, fine. I’ve just got to get on with this.’ “

There is now light at the end of the tunnel for the youngster who has undergone six months of intensive chemotherapy, but is now focusing on coming to terms with the huge hole in his life.

Jamie said: “We’ve just organised bereavement counselling for the boys because it has only justproperly hit them that Em has gone. For Fred,throughout this, the one thing he’s been yearning for is a cuddle from mum.

“From my point of view, it’s been hard not having Emma to bounce off. In many ways, I wish she was here for support, but I’m also glad she’s not because I wouldn’t have wanted her to see Freddie go through this, especially when she had her own illness to contend with.”

Jamie, who is head of Kings Caple Primary School in Hereford, is hoping to hit his target of £2,000 at the half marathon on March 27th.

“Molly Ollys is amazing. With what they’ve done for us, I wanted to show my appreciation and give something back. There’s lots of big charities out there that get lots of funding, but it’s the smaller charities that really need our support.

“Olly The Brave is the most amazing thing for children going through cancer. Both the boys have always wanted to go to a live WWE show and they felt like VIPs. We were six rows back from the ring so everything was up close and personal and they got high fives from the wrestlers. It was an amazing experience. Seeing their faces when they walked into the arena and seeing all the people they’ve watched on telly for years, was just magical.”

Molly Ollys was set up following the experiences of Molly over the five years she received treatment for kidney cancer at Birmingham Children’s Hospital.

Between 2017 and 2020, the Charity funded Birmingham’s first paediatric palliative consultant as there was no such consultant for the region. That position has now become permanent and is currently funded through the NHS.

The Charity works alongside the NHS to support projects within the hospitals and the community. One key project was the creation and refurbishment of Magnolia House at Birmingham Children’s Hospital. This is a safe and non-clinical space where medical teams and families can have important discussions.

Rachel Ollerenshaw said: “We can often think that the lot we have been given in life is hard, but you only need to hear stories such as that of Jamie and his family. They have faced the unimaginable and yet still find time to give back. Jamie is truly inspirational and all the team at Molly Ollys are in awe and very grateful. They understand that it doesn’t always have to be grand gestures, something small can make a big difference to a family’s emotional wellbeing.”

With a final round of treatment starting next week (Feb 21st), sights are now set on brighter days ahead.

Jamie said: “Fred being leukaemia-free is amazing and once we get through this next treatment block, I will be able to relax a little bit. It’s been a horrible year, but the Easter holidays is when he gets his lines taken out and gets a little bit of independence and normality back. He’ll be able to shower himself again or go swimming,which he loves.

“Life is never going to be the same for us with everything we’ve gone through, but I’m looking forward to getting back to normality without all the stresses and worries we’ve had throughout the last year.” 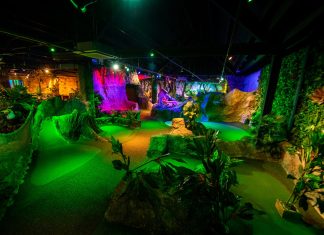