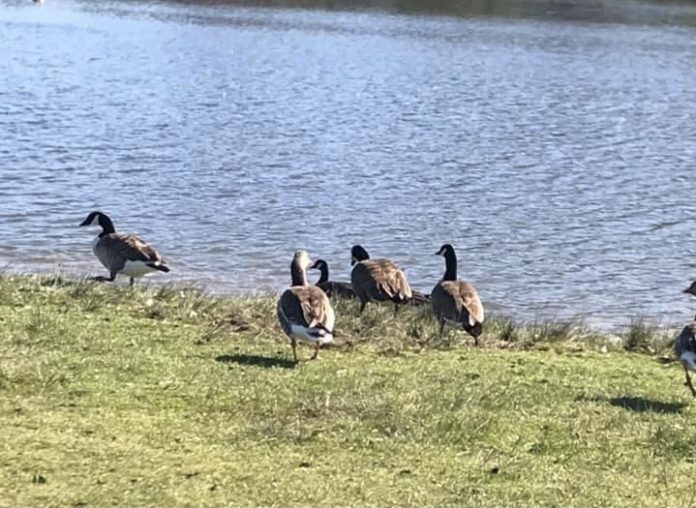 Vital restoration work of the 16-acre pool at Berrington Hall, near Leominster in Herefordshire, started in autumn last year and finished in February this year.

The conservation work included careful woodland management and thinning of trees and shrubs around the pool which now complete, will provide open canopy and improve water conditions.

Collapsed trees which were causing detrimental impacts to the structure of the dam were also removed.

At National Highways, our work goes beyond operating, maintaining and improving roads, and through our Environmental and Well-Being Designated Funds, we’re investing in the environment and communities surrounding our road network.

We’ve worked closely with the National Trust to realise this small but important project which will help support aquatic biodiversity at a location close to the A49. We look forward to seeing nature flourish now that the work is complete, and we’re pleased that we’ve been able to play a part in helping to restore the pool to its former glory.

During the repair activity, specialist teams re-homed carp from the pool so that crucial desilting works, and reed clearance could take place once the water had been drained away.

The pool has since been restocked with a mix of smaller fish including rudd, common roach and northern pike which are a rich source of food for waterfowl. The introduction of these new species will also support biodiversity and a large herony which nests on the pool’s island every year.

The pool is a key feature of the parkland at Berrington and was originally designed by prolific landscape architect, Lancelot ‘Capability’ Brown. Brown loved water in the landscape and often included curving, serpentine lakes as part of his designs. The pool, parkland and garden make up Brown’s final complete estate before his death in 1783.

More than 200 years later, the pool is now a haven for wildlife and visitors alike; it is a Site of Special Interest (SSSI) due to the large heronry which nests on its island every year. It is one of only two heronries in Herefordshire and the largest in the West Midlands.

During the project, ecologists Will Watson and Giles King-Salter completed a detailed survey of the wildlife present in the pool and were able to identify 35 different types of invertebrates including swan mussels.

These mussels rarely grow bigger than 180mm, however the largest rescued from Berrington’s pool was 203mm.

In total, there were 38 species of bird identified, including the great white egret, water rail, green sandpiper and kingfisher. The footprints of an otter were also discovered during the work, suggesting that they also use the pool to source food.

We’re delighted that, thanks to National Highways, we’ve been able to complete this vital conservation project. The biodiversity of the pool had been adversely affected over the years due to the spread of reed cover and accumulation of silt.

Large carp had become the dominant fish species and very few smaller fish remained which may have impacted the heronry, for which population numbers had sadly declined over the last 10 years. It was therefore vital that we intervened to restore the pool and ensure the survival of the SSSI and the heronry.

The National Trust consulted with Historic England and Natural England as part of the project.

Find out more information about the project.

While the project work has finished, visitors cannot walk around the whole lake yet because the ground is still recovering and it will reopen later in the year.