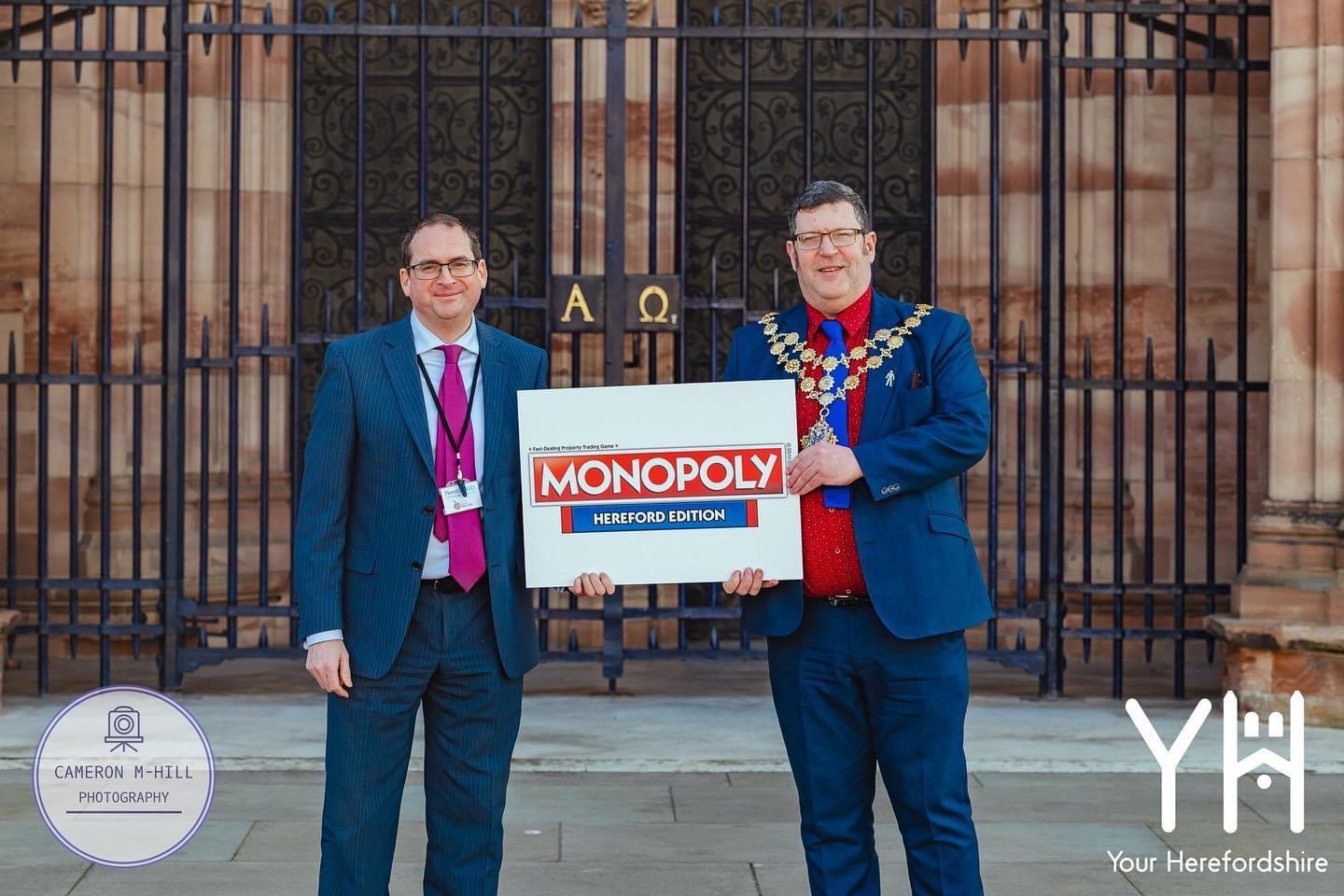 YOUR ‘CHANCE’ TO BE A HEREFORD VIP!

Here’s your ‘Chance’ to be a Hereford VIP for the day later this year.

That’s .. Very Important Player, as well as person. The VIP experience is being offered to someone in Hereford to be the guest star at the official launch of the brand new MONOPOLY: Hereford Edition game, which is on Thursday October 6th.

The board – which is set to feature the great and good of the city like the Cathedral and Edgar Street –  is being launched at The Green Dragon Hotel on the same day the game is released in shops.

The winner will get to be a VIP at the launch .. meet the game Brand’s icon Mr Monopoly .. and receive the very first board to roll off the presses, which will be specially signed.

And the mechanic for entries?  Games’ bosses want to know in verse, poem, ditty or the like: ‘Why I Love Hereford!’. So that’s an easy ask then !

“The most inventive and creative entry will win,” says Ella Gibbs from the game’s makers Winning Moves UK.“We are totally open-minded as to the form the entries should take.”

Winning Moves UK say school projects are welcome too when term starts again, so teachers’ fingers at the ready. (For entry details please see the end of this press release).

“It’s great to be hosting the official launch of the new Hereford Monopoly board game and we look forward very much to welcoming Hereford’s very own VIP.

“We are also keeping everything crossed that we will be featuring on the board.”

At the time of February’s announcement that Hereford is ‘Passing GO’ in time for this Christmas, the public was invited to send in suggestions for squares to fill the board and ideas for customised cards. Polls have now closed.

Ms Gibbs, Custom Games Executive at Winning Moves UK – who are producing the board under official license from the MONOPOLY brand, owned by Hasbro – adds:

“A huge thank you to everyone who sent in suggestions. The response exceeded all our expectations.”.

In all 30+ Hereford landmarks and favourites will be showcased in the game. Over the last 25 years Winning Moves UK has produced official versions of MONOPOLY .. from Dubai to Dublin and Sydney to San Antonio. Now the dice are rolling upon Hereford.