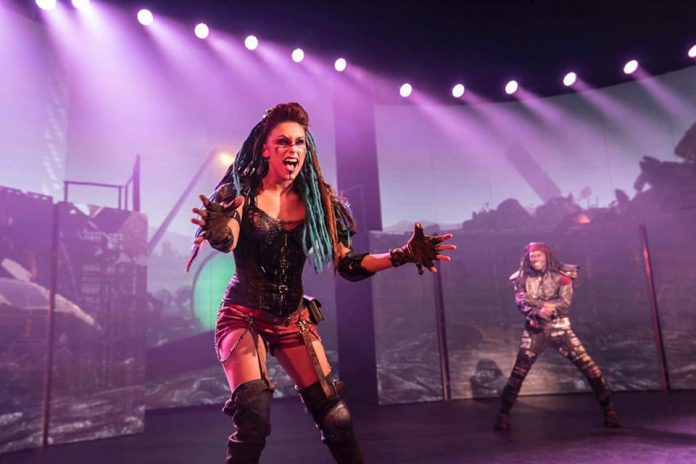 Star of Bat Out Of Hell, Amy Di Bartolomeo will join Emmerdale and Coronation Street actress Rebecca Eastham and others in a brand new musical show at Hereford’s Courtyard Theatre on Saturday 25th September.

The performance will celebrate the world of musical theatre, as well as provide lots of laughs with a farcical-style script. The idea behind this concept comes from the show’s producer, and performer Michael Jenkins, he said: “After the 18 months that we have all endured, I wanted to ensure that our concert ticked all of the boxes. The vocal performances will blow you away, and our script should have you howling in your seats.

“The idea behind came from conversations with friends in the industry, discussing how challenging it will be getting back into the swing of performing again, and away from the computer screens, banana loaves and Zoom calls. Without giving too much away, I think everyone will be able to relate to the chaos.”

Joining the West End line-up is Hereford favourite, Steve Liddle, a performer and frequent ‘board treader’ at The Courtyard. Speaking ahead of the show, Steve said: “I am thrilled to be joining this production. I worked alongside Michael earlier this year at The Courtyard, it was actually the theatre’s first performance back after the closing due to COVID-19, and it was a blast.

“I will be performing some of the nations’ favourite pieces in this concert, so if you love musical theatre, don’t miss out on getting a ticket for this show.”

Music of the Night will feature songs from a variety of musicals including The Phantom of the Opera, Les Misérables, Evita, Cats, Wicked, The Greatest Showman and many more. The seasoned performers will be accompanied by a live band, which is musically directed by West End director, Andrew Hopkins.

Michael added: “We are thrilled to be able to have a live band stage with us, and as always we’re dedicated to using professional musicians from the area. Theatre is such an important part of our culture, and Hereford seems to really enjoy this style of production. I’m beyond proud to be offering something different during what have been difficult times for so many.”