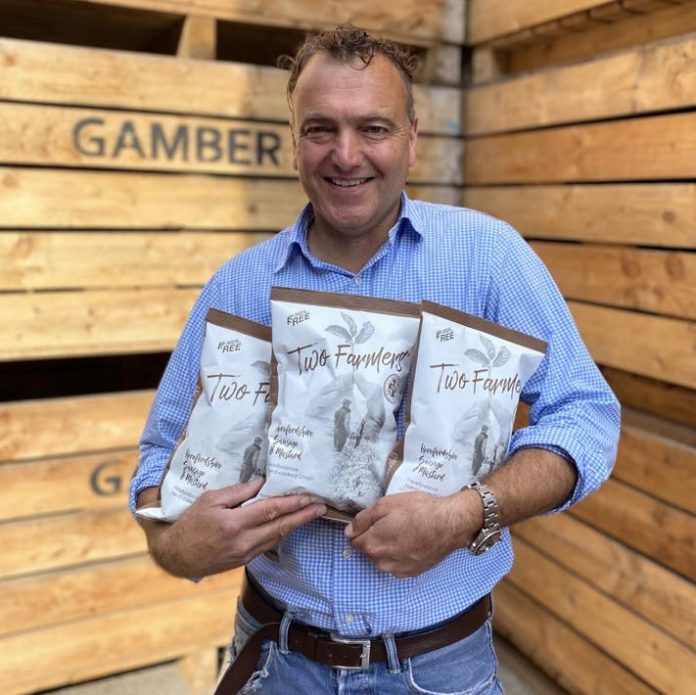 Herefordshire crisp producers Sean Mason and Mark Green are championing another taste of Herefordshire with the launch this week of their new flavour, Herefordshire Sausage and Mustard.  This time the Two Farmers duo has teamed up with well-known rare and wild meats producer, Tudges. The Tudge family has been rearing Berkshire pigs for over 20 years in Herefordshire and like other producer partnerships that two Farmers are working with they put low food miles, quality and sustainability at the heart of what they do.

Sean comments “This new addition will really compliment our current range and we hope meets our retailers’ and consumers’ requests for new discovery flavours. The Tudge family has an excellent reputation in the county and we felt that a Herefordshire Sausage and Mustard would be a winning flavour”

The launch follows other good news as the brand has recently been nominated by leading grocery trade title, The Grocer, as Startup of The Year and this week the duo has reached the finals of the Great British Food Awards. 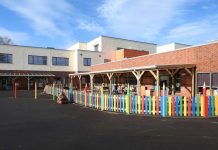 19/10/2020
Parents of children that attend Kingstone & Thruxton Primary School have today been sent an email informing them that two pupils at...