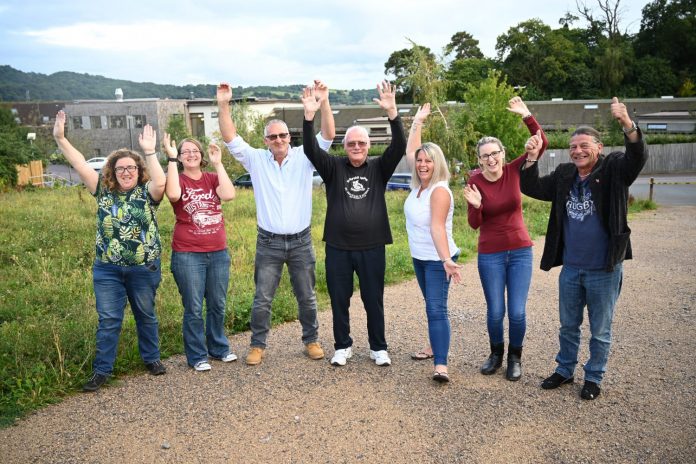 A group of daredevil fundraisers have raised almost £20,000 for St Michael’s Hospice.

The lucky 13 plunged through the skies above the Netheravon Airfield near Salisbury during a skydive in support of the Bartestree-based Hospice.

The group was led by veteran Hospice supporter Mike Pullin, who began collecting for St Michael’s in 1996 and later set-up the Hospice Angels fundraising group, helping bring in more than £600,000 to St Michael’s over the years.

“It was a great day, and one that everyone who took part in will remember for a very long time,” said Mike.

“It’s my tenth skydive for St Michael’s, and they’re always so exhilarating.”

The group’s aim was to raise £10,000 but thanks to the generosity of friends and family – and strangers – the final total was almost double their target.

“St Michael’s is a charity I care deeply about,” added Mike.

“A great many friends have received the Hospice’s exemplary care, and they have all been so grateful.”

If you’re looking for a fundraising challenge, give the St Michael’s Hospice Events and Community Fundraising team a call on 01432 852657 and they’ll be able to help you every step of the way.

NEWS | Colleagues from Avara Foods to complete Three Peaks in...

MUSIC | 14-year-old Singer Songwriter Lake made his gig debut on...