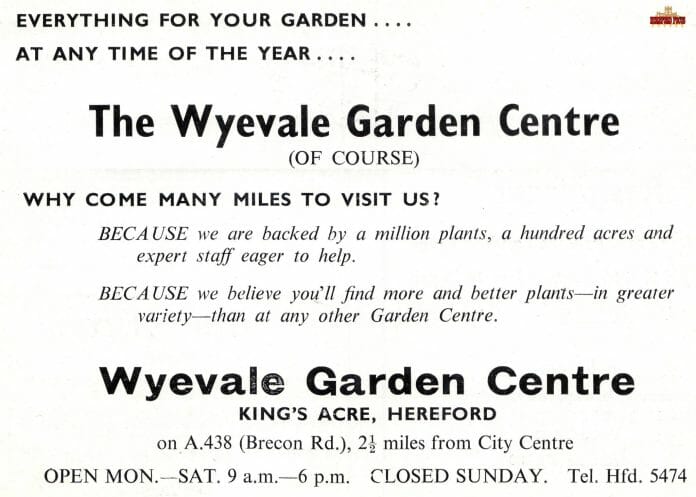 Every Thursday Your Herefordshire takes a trip down Memory Lane with local historians.

This week Hereford Focus is exploring the history of Wyevale Nurseries in Hereford, one of the horticultural industries truly pioneering companies. Rich with heritage and built from humble beginnings.

Wyevale began as a mail order nursery in 1932, the brainchild of Harry Williamson. Harry was an entrepreneur and an innovative grower who seized the opportunity to sell his product to an undeveloped market. Peter Williamson, Harry’s son, was educated at Wycliffe College, where he first showed his entrepreneurial spirit by selling produce from his school garden back to the kitchen.

After leaving school, Peter joined his father at Wyevale Nurseries and took full responsibility in the late 1960’s on his father’s retirement. He set about a huge building programme of potting sheds, cold stores, container beds, boreholes and reservoirs while expanding the range of plants.
Between them they had opened the first garden centre in Hereford in 1962 and a second at Thornbury in 1967 to sell the plants grown on the nursery.

Peter saw garden centres as leisure shopping, suggesting his sister open a restaurant in the centre in Hereford. Brian Evans, son-in-law of Williamson, joined in 1972 after starting the restaurant the year before. He stated that he “realised customers were staying for lunch and afternoon tea, instead of whizzing in to buy a few roses and pot plants and dashing out again… I had a clear idea of how to tap into it as a potentially huge leisure business.”

In 2000, Wyevale, by now chaired by Mr Evans and the number one chain, paid £111m for Country Gardens – which was number two in the market.

The chain has expanded to 145 garden centres in the UK. The group has recently been put up for sale and is looking for a new owner.

Many thanks to both Hereford Focus and Wyevale Nurseries for text and images. If you have interesting images or stories from Herefordshire’s past you’d like to share, please forward them to Hereford Focus. 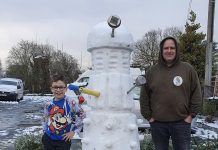 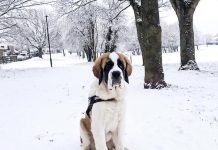 GALLERY | Photos of your dogs enjoying the snow 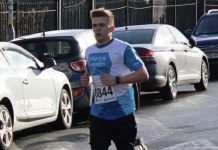 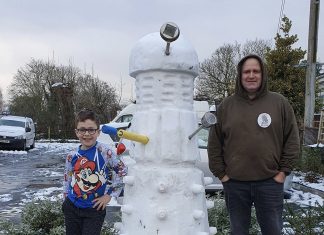 25/01/2021
Yesterday when we were sharing hundreds of photos of your amazing snowmen and snow sculptures, we couldn’t help but notice that one...

GALLERY | Photos of your dogs enjoying the snow